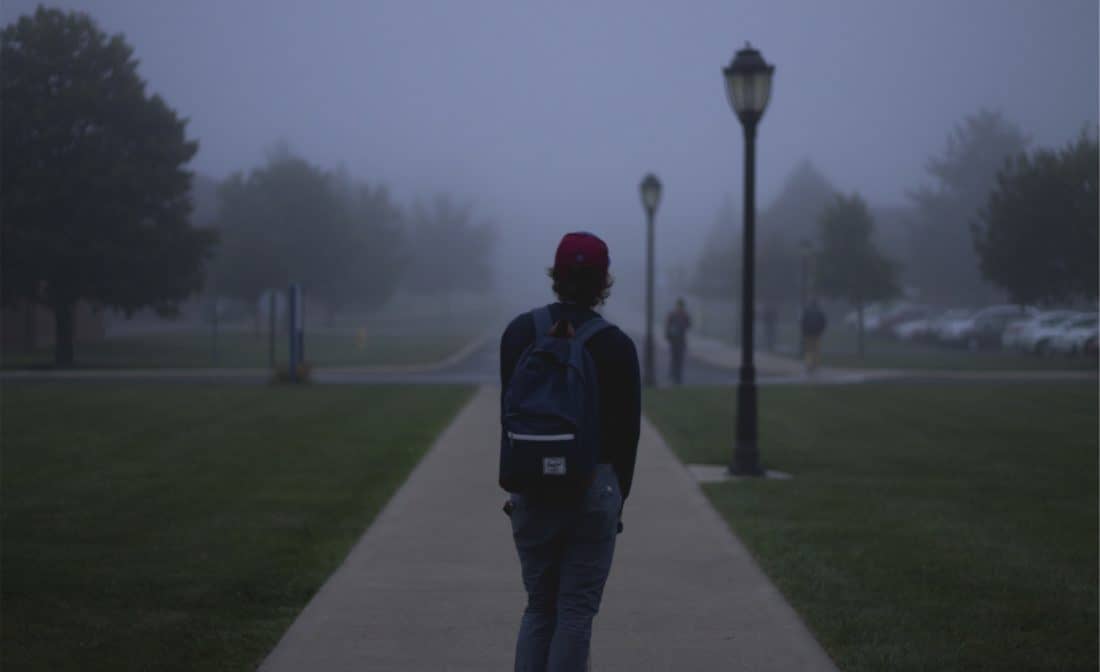 Former Yale English professor and New York Times best-selling author William Deresiewicz wrote an eye-opening and sobering book a few years ago called Excellent Sheep: The Miseducation of the American Elite & the Way to a Meaningful Life. With an admission scandal earlier this year that rocked the higher ed world—a scandal exposing just how desperate some are to gain access to certain highly-ranked institutions—it’s worth referring back to Deresiewicz’s thoughts when it comes to our nation’s elite schools.

Deresiewicz was educated at Columbia and spent twelve years as a professor of English at Yale, during which he was a member of the university’s admissions committee. As a result, he offers a privileged and rare perspective on the inner workings of the country’s most elite and highly-ranked institutions, brand name universities like Harvard, Stanford, and Princeton to stellar liberal arts colleges like Williams, Amherst, and Pomona.

Acknowledging that he is a product of the elite higher ed system himself (and that he suffered many of its consequences, which he laments in the book), Deresiewicz claims that many of the students populating these institutions are, essentially, no more than “excellent sheep,” hence the book’s title. Although he certainly regards these students as bright, hardworking, creative, and disciplined, he sees them as unfortunately trapped within a myopic, cookie-cutter track that—at its core—prizes social status and wealth above everything else. Deresiewicz makes this point in the book by drawing quotes and experiences from real-life students at these institutions as well as statistics and other industry research.

“The system manufactures students who are smart and talented and driven, yes, but also anxious, timid, lost, with little intellectual curiosity and a stunted sense of purpose: trapped in a bubble of privilege, heading meekly in the same direction, great at what they’re doing but with no idea why they’re doing it.”

According to him, elite schools only continue to reward upper-middle and upper class individuals, those who come from well-connected families and have been schooled from an early age on how to navigate the admissions process (e.g. tutored to secure strong SAT scores, encouraged to participate in a mind-boggling number of extracurriculars, coached on appropriately tailoring compelling personal statements, and so on).

He doesn’t mention this to take away from the work and effort that many of these students put in to gain entry into these schools, but rather to help those students humbly realize that there are many other gifted individuals out there who are at a great disadvantage because of their economic or social status. In other words, most of the students at these schools aren’t insanely gifted or supremely talented (there are some at such places), but simply hardworking, disciplined, and socially and economically lucky.

Further, since the current admissions system at elite schools rewards a certain type of achievement, it can miss out on truly gifted individuals who aren’t as good at being perfectly well-rounded due to personality, economic status, or lack of opportunity. Would a modern-day Amadeus Mozart, Isaac Newton, or Emily Dickinson demonstrate the extreme “well-roundedness” that elite schools require? Many of today’s supremely gifted individuals in one discipline might not also be the captain of the baseball team, vice president of ASB, and the drum major of their marching band. Again, Deresiewicz doesn’t want to take away from the talented and hardworking students who do gain entry into these schools, but rather to help them have a bit more perspective: entry into an elite school doesn’t make one “elite” in comparison to another human being.

What Is College For?

While the admissions process at these schools is a separate and complex issue, perhaps the most interesting point Deresiewicz makes in the book is that these schools are failing to offer a sense of direction and purpose to its students. Instead, many students end up seeking careers with the highest status or paycheck, not because they are selfish or bad people, but because they haven’t been properly encouraged and empowered to pursue more purposeful and service-oriented ends. Or in Deresiewicz’s words, they aren’t helping students “start to answer for [themselves] that venerable pair of questions: what is the good life and how should I live it?”

Life isn’t about money or status, and an institution of higher learning—a place committed to life’s most universal and important questions—should be helping students realize this. A school should help students learn more about the world and their place within it, what gifts and talents they have a responsibility to use for the benefit of society, and what a meaningful and happy life truly looks like.

There is good news, though, since Deresiewicz believes some schools are already doing this, just not the ones with the public’s admiration and praise. He writes that religious colleges and “obscure, regional schools that no one’s ever heard of on the coasts … often do a much better job in that respect.” These schools, though not topping rankings lists, are aiding students in developing themselves and becoming responsible and engaged citizens while still helping them find good jobs after they graduate.

This is exactly what Colleges of Distinction (CoD) has understood for nearly twenty years. CoD aims to help parents and students find not just the “best” college, but the right one. As Deresiewicz understands, the true measure of a college is found in its people and ideas, not its numbers and rankings. In fact, that’s why CoD evaluates schools using four overarching distinctions—Student Engagement, Teaching, Community, and Outcomes. CoD believes these characteristics are what should ultimately matter to students. And a school that demonstrates them is doing what Deresiewicz laments the elite schools aren’t: preparing students for a meaningful and successful life as opposed to one concerned only with status and wealth.

Deresiewicz ultimately wants these elite schools to change for the better, and his book is a call for them to do so as opposed to an outright condemnation. Yet, he isn’t optimistic that such changes are going to happen in the near future. That’s why he offers in the meantime this bold and controversial advice to prospective students: don’t go to an elite school. He suggests going to a school that, like many of CoD’s distinguished ones, are going to deliver on what a higher ed institution should do: teach students how to live a good and meaningful life after they graduate.

If you’re interested in finding a university or college that is the right fit for you—and one that can deliver on what a school should be doing for its students—check out CoD’s list of distinguished schools. 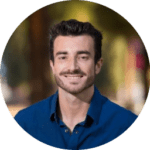 Chris is a published writer, editor, and content strategist. He has over five years of experience working in higher education where his content strategy work and writing has won several awards. He is passionate about communicating ideas and stories in strategic and meaningful projects and enjoys doing so in collaboration with others.

Aside from copywriting, editorial writing, and content strategy, Chris is a fan of reading good fiction and non-fiction, watching the latest Rotten-Tomatoes-acclaimed film or television series and frequenting local cafés with the best ambience and brewed coffee. He enjoys time spent with friends and family, especially when it involves good food and drinks, and he remains a devoted (though often disappointed) fan of UCLA football. 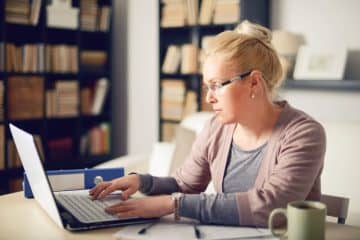 Can I Finish My Bachelor's Degree Online?

Ana-Marcela Lopez / Abound: Finish College »
Colleges and universities across the country have made great strides in the last few years to offer an education that is accessible to even the busiest of adults.
Read more 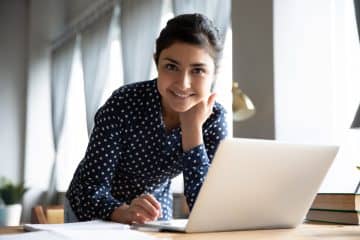 Introducing a Better Way to Recruit Adult Students With Your Advertising

Tyson Schritter
Adult students make up a large number of those seeking education. In fact, the majority of degree seekers in the U.S. are adult students (aged 23 or older). And while COVID-19 is having a drastic effect on the economy, there are still some adults who may consider returning to school to better stand out in an extremely competitive labor market. As a result, developing efficient and targeted approaches to recruiting these students has the potential to pay off in major ways.
Read more 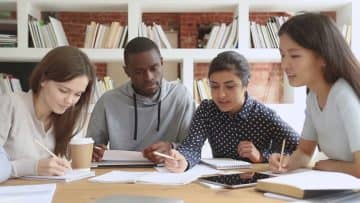 Chris Hazell / Abound and Colleges of Distinction
Use these basic marketing strategies to show prospective students how your university is committed to diversity, equity, and inclusion.
Read more 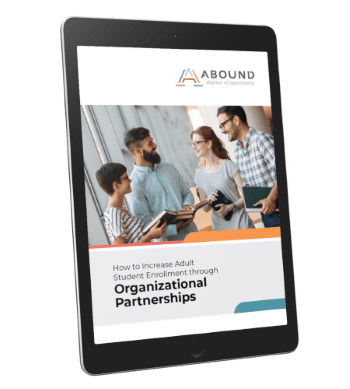 How to Build Corporate Partnerships

Get printable PDF with tips and actionable steps from experts on how to build and maintain organizational partnerships. Partnerships can be an effective way to increase enrollment in your adult programs. [BONUS CHECKLIST INCLUDED]

You have Successfully Subscribed!