Keep up-to-date with the latest advice from Abound Grad School.

In our last post discussing how some rankings services can find themselves at odds with institutions committed to adult learners, we observed how rankings can create perverse incentives for colleges, driving them to use tactics that don’t primarily benefit adult learners.

But rankings aren’t the only thing motivating colleges.

As a potential returning student (or someone advising one), it’s important to understand that higher education is under unprecedented pressure from governments, large foundations, and employers to enroll you, help you persist past your first year, and graduate you into a productive career.

As our friends at Edmit note, due to declining enrollment trends, the higher ed market is a buyer’s market, i.e., one that favors prospective students. Carleton College professor of economics Nathan D. Grawe explained in a recent Chronicle of Higher Education interview that colleges in the coming years will be under pressure to aggressively recruit non-traditional students like adult and online students, and to redouble efforts to retain and graduate them.

Long gone are the days of tweedy professors scowling over their bifocals at packed lecture halls and warning students, “Look left and look right — one of you won’t be here next term.”

Instead, colleges of all sizes and types — large publics, small privates, religiously affiliated, and for-profits — are investing in an array of support services to ensure all three of those students are there next term and that they go on to graduate on their terms.

Here’s the big picture: There are more than 30 million adults with some college and no degree, and there is a pressing need in the U.S. to graduate as many a million more graduates a year to stay globally competitive. Indeed, the United States still has six million unfilled jobs, according to the Georgetown University Center on Education and the Workforce. In a nation near the economic threshold of full employment, there are not enough job candidates on the market.

In response, over 30 states have passed widely varying forms of performance funding legislation, in which state funding for institutions is tied directly to measures of your success as a student — persisting to the next term, completing credits or degrees, and getting a job.

As with most legislative remedies, results have been a mix of intended and unintended consequences, depending on the state and the institution type, for reasons we’ll leave to another Nobel Prize-winning economist to explain.

Of course, there are plenty of carrots to go with those sticks, as foundations remain happy to dole out grants to institutions that are succeeding at the student success game.

Why does this matter to you as a student?

As a student, there’s opportunity and risk in this for you. Any college that accepts you (and your tuition dollars) also takes on an ethical obligation to give you every opportunity to succeed there. And public schools in performance funding states and any other schools looking to win grants have financial motivations to go alongside that ethical obligation.

But state funding for higher education has plummeted over the past three decades, leaving schools to make up for the shortfall by increasing tuition. Public colleges now get more of their money from your tuition dollars than from they do from state funding.

Underfunded colleges have fewer resources to commit to the kinds of services most likely to help you graduate on time: advising, technology, a healthy mix of online/hybrid/offline courses, help with tuition, lower student/faculty ratios, etc. If a college can’t afford to support student success, then it will struggle to meet its financial goals just as its students struggle to meet their graduation goals.

In a worst-case scenario, which is already playing out across the country, a college can face an ugly death spiral of having a harder time borrowing or raising money, closing academic departments, going broke, losing its accreditation, closing its doors and undermining the value of any degree you earn there.

So, in doing your research on colleges, look beyond the price tag, the rankings, and the pretty brochures. Ask yourself if the colleges you’re looking at if they can afford to support not just you, but the growing legion of adult learners following in your footsteps: 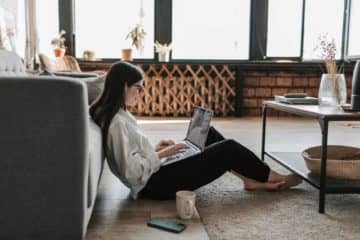 My Graduate Program Search: Why I Chose an Online Education

Marie-Antonette Bone / Find an Online Program »
Choosing to work full-time and study part-time meant that I wanted to keep my job while going back to school. Out of my available options, there was only one that gave me the flexibility to do so: online programs.
Read more 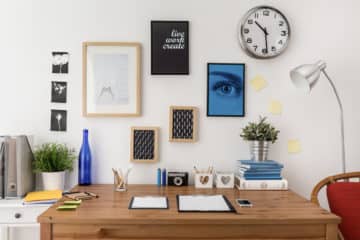 Tyson Schritter
Online courses are different than on campus in some important ways. To ensure success, the online student should either have or develop certain study skills to help them stay on track.
Read more 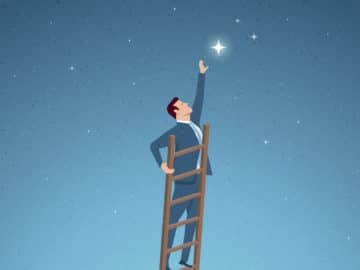 Tyson Schritter
Here are tips on how to set attainable goals, track your progress, and give yourself rewards to dramatically improve your college experience online and help you graduate.
Read more

Keep up-to-date with the latest advice from Abound Grad School.

You have Successfully Subscribed!